Mount Agung eruption - How it affected Bali and us

From the initial idea, to construction, to opening to the public, our Bali gallery has faced its fair share of trials and tribulation. However, nothing threatened the launch of this showroom more than the major volcanic eruption of Mount Agung in 2017.

When Agung became active after more than half a century of slumber, the entire landscape was covered in a blanket of black ash. A plume of smoke which shot up 2,000 metres above the crater, making the air thick and barely breathable. This devastation forced 40,000 Bali residents to move into temporary shelters, as molten lava flowed from the volcano into local villages and ash particles spread for miles. Flights from the island’s Ngurah Rai International Airport were halted and everyday life came to a standstill.

During this time, when the volcanic eruption reached the severe magmatic eruption phase- in which scorching lava trapped gases under pressure leading to tremors and explosions- that we were putting the finishing touches on the gallery. As these photographs show, statues of high cultural significance to the area had only recently been erected and blessed by a priest in an important ceremony. These statues came crumbling down, as did parts of the structure of the building and the grounds of the front entrance were destroyed.

To understand what makes Mount Agung so powerful, it helps to know a little about its geologic history; On the 13,000 small and large islands that comprise Indonesia, there are 78 active volcanoes. According to the Smithsonian's Global Volcanism Program, only Japan exceeds Indonesia in the number of eruptions, but by far, Indonesia has seen the largest number of deaths caused by volcanoes because people live in closer proximity to volcanically active regions. One study from 1600 to 1982 estimated 160,000 deaths were caused by an erupting Indonesian volcano.

Indonesia’s place as the country most devastated by volcanoes is due to its position in The Rin of Fire. Indonesia sits along an upside-down U-shaped region known as the Ring of Fire. This region, which arcs from eastern Australia, up to Alaska, and along the western coast of South America, is the most seismically active in the world. And where there's seismic activity, volcanoes follow. In fact, about 90 percent of the world's active volcanoes are associated with the Ring of Fire.

Agung, in particular, sits along a region of the Ring of Fire called the Sunda Arc, which curves along the lower half of the Sunda tectonic plate. To its south, the Indo-Australian plate is slowly being forced beneath it. This subduction zone sees considerable friction between the two plates, and over time, tension snaps and creates earthquakes. As part of the subducted plate melts in the Earth's inner heat it can create magma. Less dense than the surrounding rock, that magma rises toward the surface, eventually resulting in eruptions.

Undoubtedly, Indonesia’s extensive experience of natural disasters, such as the eruption of Mount Agung, has given its people the ability to work quickly and closely together to provide aid to displaced or injured people and rebuild communities. It wasn’t long before members of our team and local workers began repairing the damage. As these pictures show, it wasn’t an easy task to undertake but gradually, the broken statues were replaced, the building was repaired and the damaged grounds were restored, this time with special materials in the foundations to resist the tremors of an earthquake or volcanic aftershock.

This restoration project was a triumph and goes to show how adept the Balinese are when it comes to overcoming disasters such as this. Today, the gallery stands safer than ever before, providing visitors with an unforgettable experience in the heart of one of the world’s most beautiful destinations. 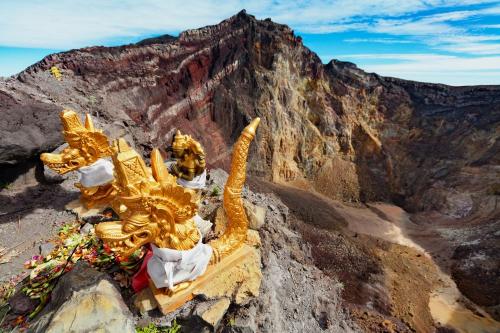 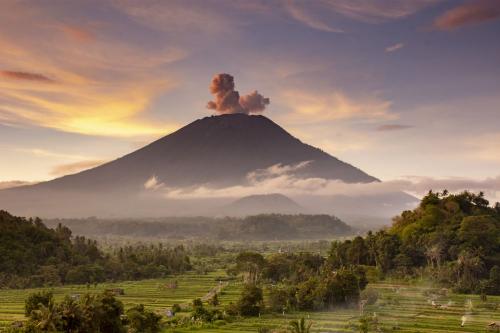 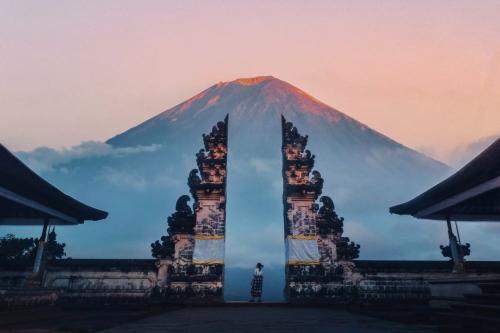 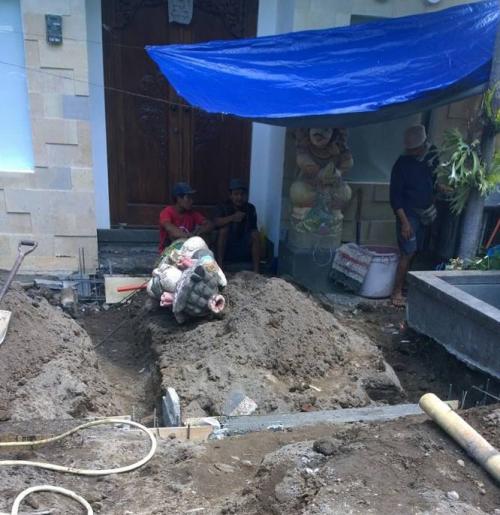 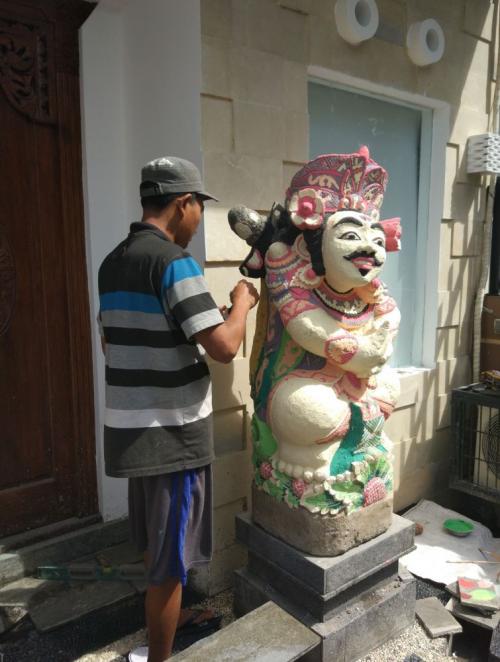 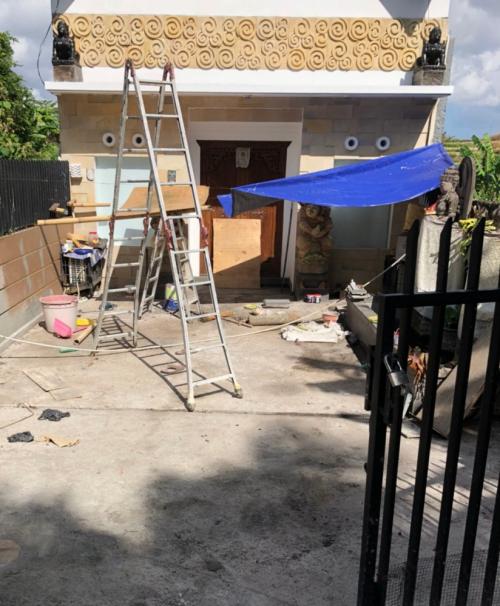 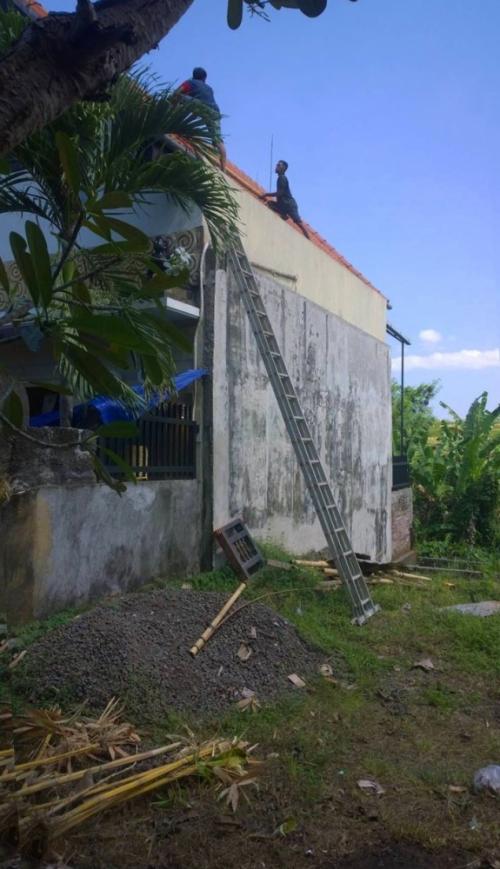 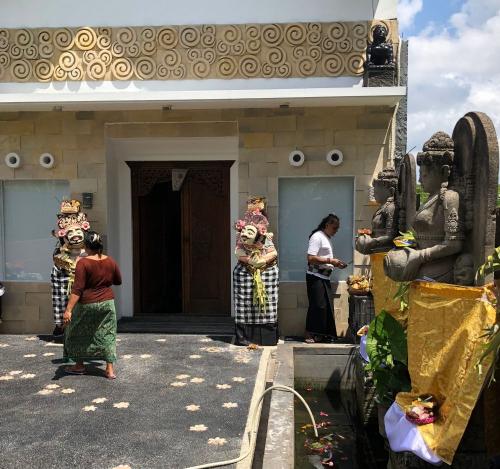 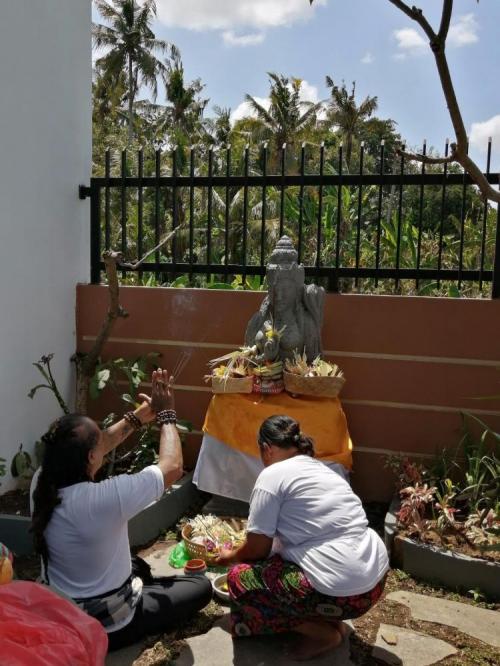