There is no mistaking the striking elegance of the kebaya; the national dress of Indonesian women. With influences from around the world and roots in ancient Indonesia, this blouse-dress ensemble is a truly unique form of traditional dress, which stands out for its vibrant colours as well as intricate detailing and embroidery styles.

There is a large amount of speculation surrounding the history of the kebaya as we recognise it today. Some believe it was first worn by Portuguese women arriving in Malaysia and the Indonesian isle of Sumatra during the 15th century. Others argue it originated in the Middle East, due to the name being similar to the Arabic word for clothing, kaba. Alternatively, there are historians who note the striking likeness between the kebaya and the dresses worn by women during China’s Ming Dynasty.

Whether just one of these backstories is correct, or the kebaya is a culmination of all of these unique cultural histories, by the 19th century it was the most commonly dress style for most Indonesian islands, for rich and poor, Dutch colonial and indigenous women alike. To this day, the popularity remains steadfast.

The kebaya consists of a long fabric, usually a lace brocade or batik fabric, wrapped around the waist to form a long skirt and a transparent blouse. While the most classic, traditional styles are still around, there have been modifications to the kebaya design over the years, with fashion trends and cultural shifts (such as an increased Islamic influence) and today we see a wide range of colours, patterns and embroidery variations.

Each area of Indonesia has its own unique take on the kebaya. One of the distinctive features of the Balinese style is the preference for vibrant colours; Balinese women are often seen in more vibrant hues than those on other islands- especially during ceremonial occasions. Another distinguishable trait is the addition of sash around the waist, known as an obi.

This is the style that visitors to our gallery will see our staff adorned in every Thursday. This is due to a decree put forward by Bali’s governor; I Wayan Koster, roughly translated as Traditional Thursdays. This rule has Balinese Hindus working with the public donning traditional dress every Thursday as well as every full moon, (Purnama Day), new moon (Tilem Day) and on other special occasions. 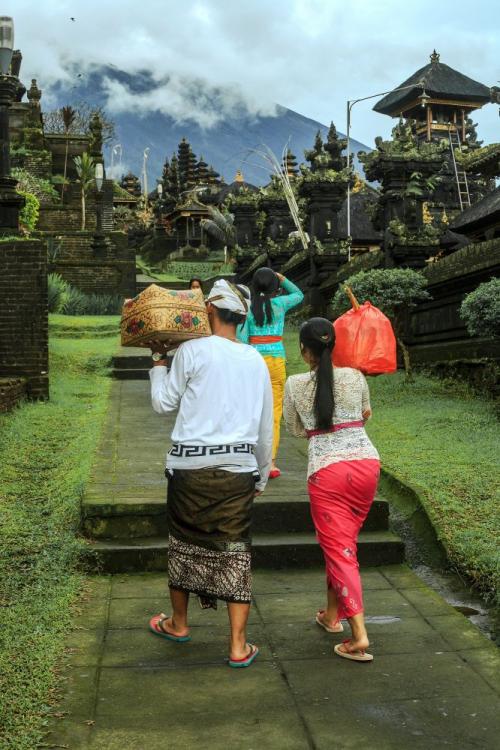 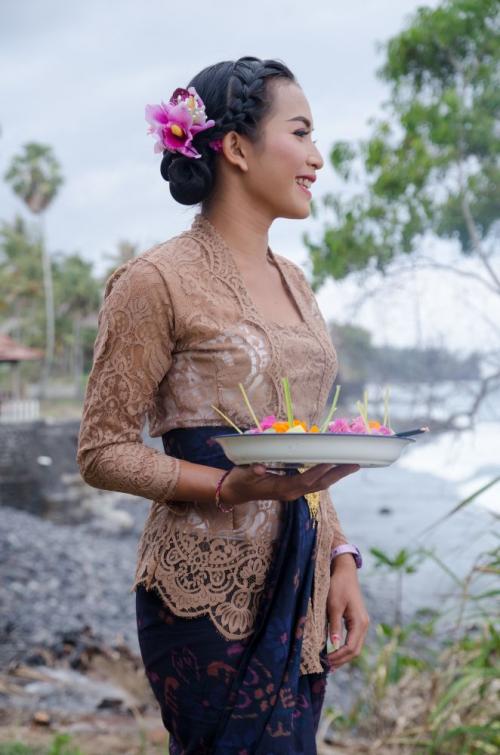 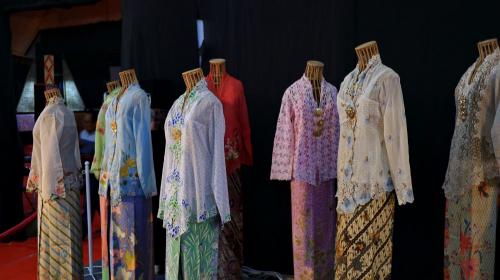 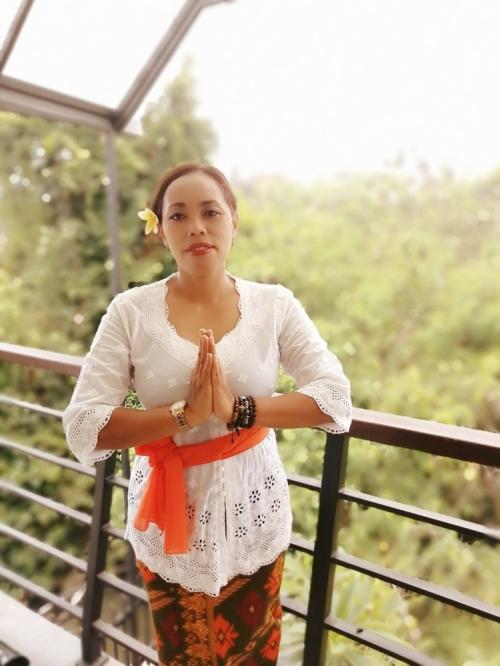 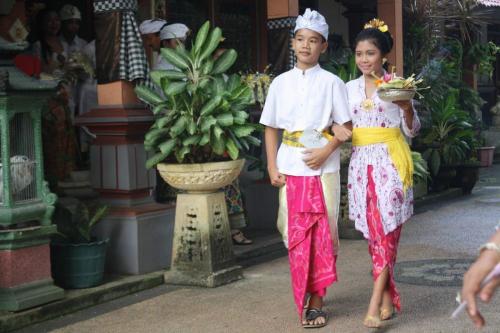 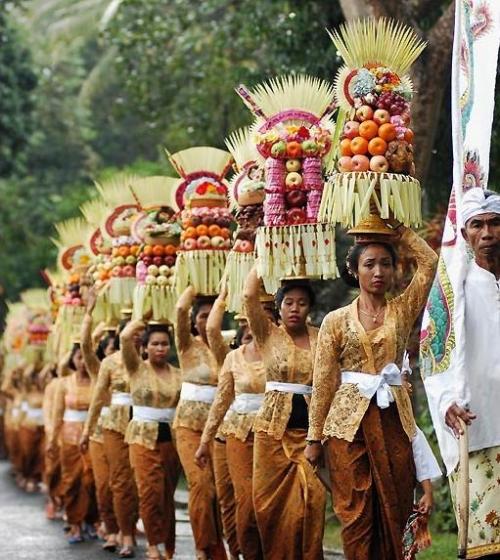