PT. Hitam dan Putih has created a purpose built furniture gallery on the main route from Denpasar to Ubud. It is located in the heart of traditional Hindu Bali, where custom requires the "Melaspas Ceremony" is performed to purify and to create an atmosphere of peace and harmony. In the case of a commercial premises the ceremony must be carried out before any products are moved in.

The ceremony consists of prayers and blessing performed by the Priest and celebrated with a feast accompanied by traditional music and dancing.

Gamelan Gender Wayang is a style of music played in at most sacred Hindu rituals in Bali. The smallest of gamelan ensembles it requires only two players and incorporates delicate interlocking melodies and active contrapuntal motion posing unique challenges in technique and composition.

The Condong dance originated in the palaces of Bali in the mid-19th century. Folklore suggests that a prince of Sukawati saw a vision, whilst with fever, of two beautiful girls dancing gracefully while accompanied by Gamelan music. Upon regaining his health, the prince recreated the dance he had seen t originally told the story of two "bidadari" (nymphs) named Supraba and Wilotama.

By the 1930s the story had been modified, telling of a king or queen and their subject. In current performances, the condong dancer

plays the role of the subject. The choreographer, Ni Ketut Arini, describes the condong dancer as portraying a palace servant who both serves the king and is in awe of his power, and of the beauty of the King's daughter.

Many of the movements are simplified versions of the various Legong dances and is considered a basic Balinese dance learned by many children.  There have been efforts to preserve the condong dance in Bali, including competitions in which children perform the dance for points. 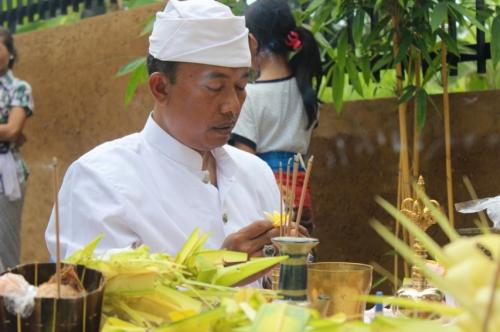 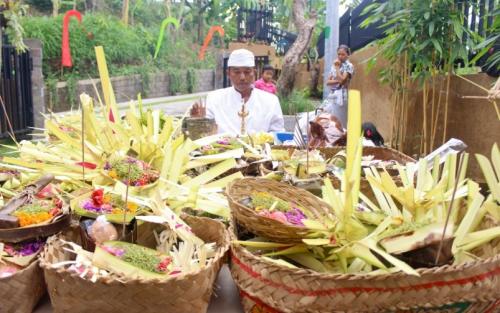 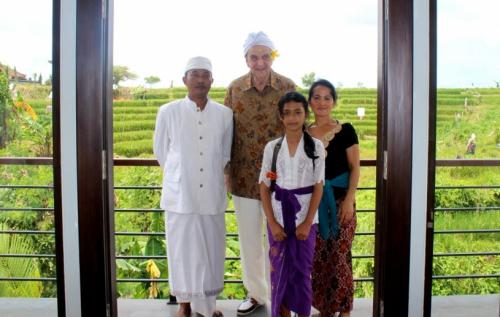 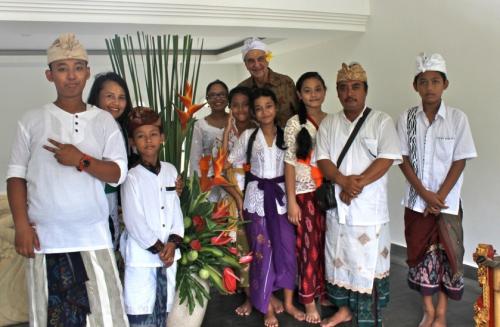