On 17th June, The Embassy of The Republic of Indonesia presented a spectacular gala evening celebrating the 70th anniversary of Indonesia and the United Kingdom diplomatic relations.

The directors of Brights of Nettlebed and PT Hitam Dan Putih were proud to attend the extravaganza held at Cadogan Hall in London, England.  Cultural displays were performed by hundreds of Indonesian and British artists, all of which explored the in-depth and exciting friendship between these countries.

The relationship between the UK and Indonesia stretches deep into history and is filled with cultural exchanges. It all began when Sir Francis Drake first landed at the spice island of Moluccas in 1579, over the next few centuries the nations have grown close with an ever-evolving and improving relationship. Diplomatic relations first officially began in 1949, when a national revolution resulted in Indonesia’s independence from the Dutch. Since 1949, Indonesia and the UK have gone on to celebrate close ties in everything from trade and investment to education, art and culture.

One of the most thrilling parts of the night for our company directors were the Gamelan dancers, seen in these photographs from the Indonesian Embassy’s official Twitter account. Gamelan is the most popular form of ancient music and dance across Indonesia, particularly on the islands of Bali and Java, dating back to well before the 5th century. Gamelan is usually identified by an ensemble of metal percussionists playing brass or bronze drums and gongs as well as bamboo flutes, wooden string instruments and traditional vocals. The Gamelan dancers who accompany these vibrant bands are usually women wrapped in authentic garments such as the cloth kamen around the waist with yellow kebaya draped over and an assortment of flowers in their hair.

Other mesmerising showcases at this extraordinary gala evening included folk singers and a short documentary on the history of Indonesia’s relationship with the UK dating all the way back to Sir Francis Drake’s 16th Century expedition.

As the u Kingdom prepares to leave the European Union, and with Indonesia’s status as a rising regional power and a G20 country with a vast and growing population, the UK-Indonesia relationship is of increasing strategic importance. 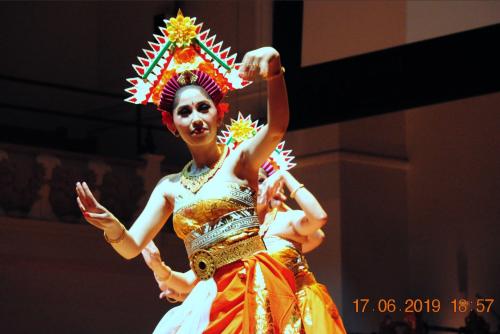 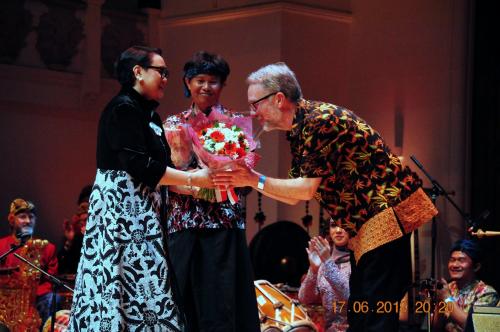 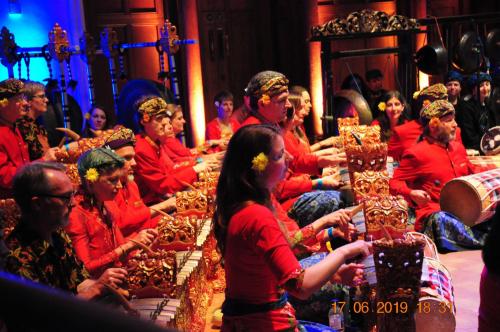 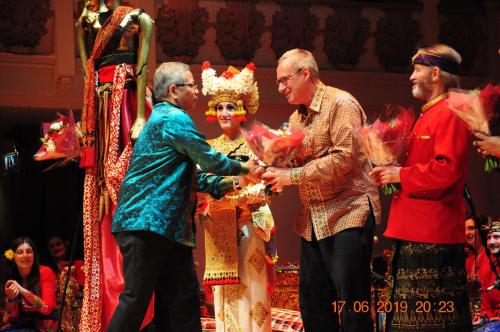 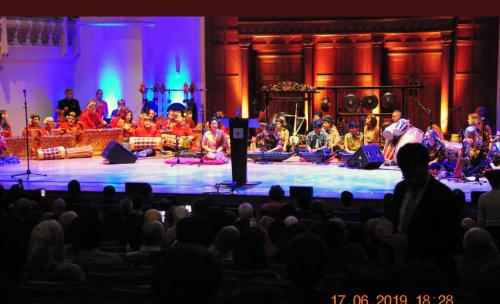 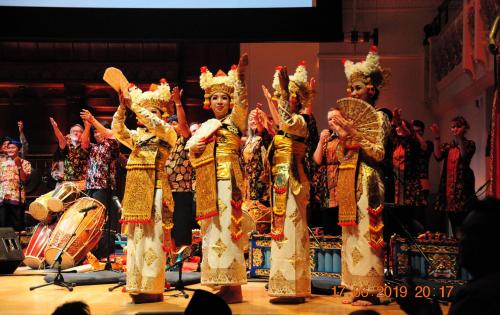 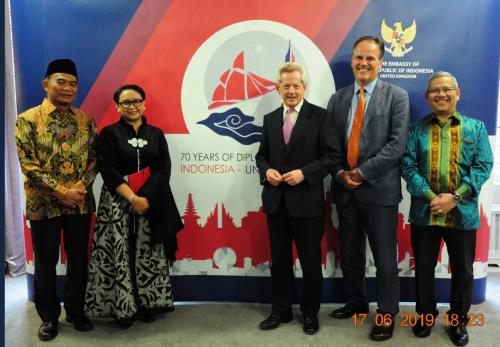